Life is a game. So let’s play.

There is this saying: Winners make rule and losers live by them. I guess that nobody wants to be a loser, right. It is in our essence. Everybody loves winning. And I mean small wins, that we can book every day. Like: making your bed, smiling at strangers, giving a compliment or two, getting your job done and list goes on and on. But you get the point.

Get out of the box

Almost every day, I am in aaaaawww mode. Life brings us so many opportunities. Sometimes it really feels like a simulation we live in. Although, it can’t be proven (or maybe it could…). I just feel, that there is some higher consciousness, that we simply can’t grasp yet. But we could be a part of it.

Just imagine explaining to fish, that it lives in the water. Or, how would you describe the world that you see with your eyes, to a person that is blind. Try describing the taste of an apple to Eskimo. All of these tasks seems pretty impossible. And yet, they are perfectly normal for some us.

Nowadays, we are living in the best time of human history. There are ton of opportunities waiting for us. You can explore the whole world just with few bucks in your pocket. Then, you can do what you love. And as a bonus, you can even make money with it. How cool is that? 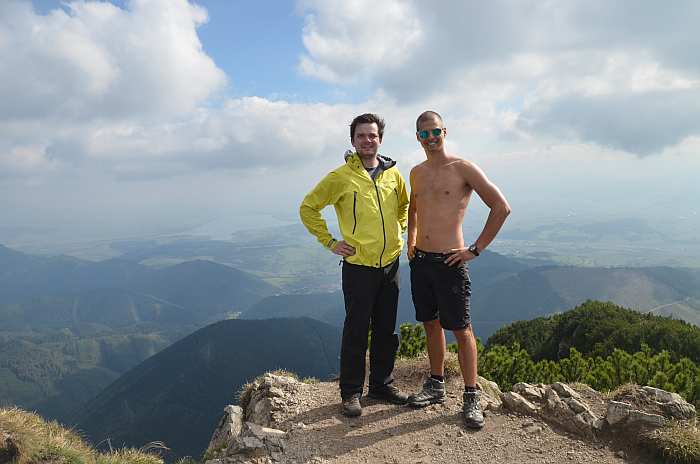 Learning languages has never been easier. You just buy a ticket, pack few things and you should be good to go. That is what I did, too. And you can‘t imagine how anxious and scared I was. You know, I just didn’t know what to expect. It was something new to me. Anyway, once you do that. Once you open the box. And step out of it. You will never look back. Nothing will be the same anymore. Also, you can‘t really imagine closing the box once again. It is simply unthinkable.

After you do the paradigm shift, after you taste the freedom, after you realize that world is much bigger than the box, you will never ever want to get back to it again. It is like when you are born. You can‘t really go back. It is basically a point of no return.

And we are scared of such places. We, humans, are scared of unknown. That is normal. And I think, that we have gotten to this point of evolution partially because of negative emotions. Fear is obviously one of them.

Do what you love, love what you do

It sounds so easy. Reality is, obviously, totally different. In ideal world, everybody would be doing what he is passionate about. Real world is completely different. Studies are saying that only about 15 % of people like their jobs.

I am shocked now. That is lower than I expected. Let’s do some numbers. People usually work 8 hours a day, 5 days a week. That means, that people usually spend almost third of their lifetime in work. Doing something they don’t like. Something must be wrong.

There is a thing, that you may not be aware of right now. The life you are living right now is a result of all your decisions that you made in the past. It sounds scary, but it is a fact. You create your own reality. And whether you think, that world is a cruel place or a heaven on earth, you are right in both cases.

You know, not a long while ago, I used to do various jobs. All of them were shitty and I was not making enough money to buy the things I wanted. I used to work in a call center, selling a bunch of crap. Then I used to work in a delivery company, where I was just moving boxes. And bunch of others.

I worked at those shitty jobs, because I decided to do so. At the time I was not even aware of that. But I was working at these places, because I didn’t see the way out. I thought, that I didn’t have any other choice. And as I said before, I was right. Because that is how I viewed the reality. Doing something I don’t like to make a little money just to get by.

And then, my life started to change. I was doing the thing that I really like. And I was even able to make money with it. I feel grateful for that.

Right now, I am still not doing the thing that I love. So, let’s start this journey together. My dream is to make living with writing. What is yours?

Dance with the fear

Fear is a part of you. Of yourself. The best thing you can do is just accept that. Unless you are an enlightened person of course.

Anyway, fear is not going away. It all comes down to your point of view. You can percieve fear as something negative. Something that is holding you back. Or you can see throught it. And use it as your personal guide to freedom (thank you RSDMax for this quote).

I view fear as a son of freedom. You just have to earn it. Because free things are simply worthless (as my uni professor used to say).

Here is the video of me and my friend enjoying a bath in 3° C water.

Facing your fear is the only way to go. And I like to go really extreme about it. I am (still) scared of heights, but not as much as I used to.

Few years ago I looked my fear into the eyes and jumped. Out of 120 meters. One of the most exciting things I have done in my life. I returned to the pure essence. Nothing else mattered in that moment. Time stopped. There was just NOW. I got back to the present. Back where I belong.

That moment lasted just for few seconds, but I will remember it forever. It felt amazing. Hard to describe it with the words. Sometimes, the words are just not enough to share an experience. So, if you are scared of heights, go try it out for yourself. You will not regret it. And this is one of the things, that people regret when the life is coming to end. They regret the opportunities they missed.

Are you willing to take a risk?

Recently, I have met a lot of people who are simply not afraid. They are not afraid to step out of the box and to walk towards uncertainty. These people are a huge motivation for me. They did quit their jobs for various reasons.

But mostly, because they came to a resolution. These people realized, that life is too short to spend it living in a safe way. You should live dangerously. Do epic shit. You only live once (in this body). Life is happening right now. As you are reading this article. Time is the most precious commodity you have.

When I have an important decision to make, I just ask myself this: What is the worst scenario that may come up? Let’s use the real life example here. Before I moved to Thailand, I asked myself the exact same question. And answer was: I would lose all of the money and I may be forced to come back to my country.

Thing is, that it really happened. I ran out of the money, but my buddy helped me out and lent me some money. I am thankful to him. He did a lot to me. He knows that this belongs to him. No need to say the name.

Before moving to Vietnam, I had similar concerns. And I figured that worst thing, that may happen is that I would run out of money. Thus, I would have to ask either my friends or family for the help. I really hope, that none of this is gonna happen.

So, you see, when you think about the worst case scenarios, you will realize, that nothing bad can happen. Fear is usually irrational. And our mind makes it even bigger than it actually is.

Surround yourself with DOers

It just feels better when you belong somewhere. I am convinced, that every one of us wants to belong. So why not surrounding yourself with like minded people? With ones who are living for the progress. With people who are constantly learning new things and who are always getting out of their comfort zones. Because, that is the place where magic happens.

Wise man once said: You are the average of your 5 closest friends. I strongly agree with this. So, if you hang out with people, who are doing epic shit all the time, you will become exactly like them very soon.

When I moved to Thailand, I was surrounded with people who are living for progress. As soon as I got there, I started changing my eating habits. As a result of that, I gained some weight. Then, I improved my work ethic a lot. Because lot of the guys in the group were working their asses off. And I didn’t want to get the short end of the stick.

It is funny, because right now I have even less money, than when I came to Thailand. But I have a lot of experience, which cannot be evaluated in any currency out there.

And I am trying to surround myself with like minded people. It is gonna be a loooong way. Since sometimes, I just don’t feel like communicating with outer world. And I think, it is fine. Because my energy fluctuates.